Loudoun County's town of Lovettsville, Virginia, was founded by German settlers in the 1730's.  Located on the Potomac River adjacent to neighboring Maryland, Lovettsville offers Main Street USA living.  It's a great commuter location for those traveling to Baltimore, Washington, D.C., Frederick and Leesburg.  The MARC commuter train is used by many who live in and around Lovettsville. 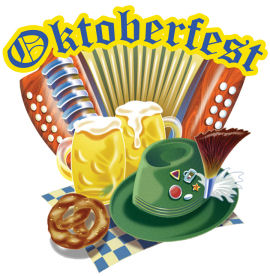 Lovettsville OktoberFest is held annually the last full weekend of September.  Usually a 3-day event, the festival celebrates Lovettsville's German heritage with music, dancing, food & beer, plus more!  This year, it will be on September 29, 2018.

Currently, the town is now bursting with new developments — homes, streetscapes, sidewalks, retail, and a grocery co-op, which has long been desired by the community.  The Lovettsville Co-op Market will be the only grocery co-op in Northern Virginia. It hopes to attract customers from the DC metro area and to build upon Lovettsville's reputation as a small town destination for agri-tourism.